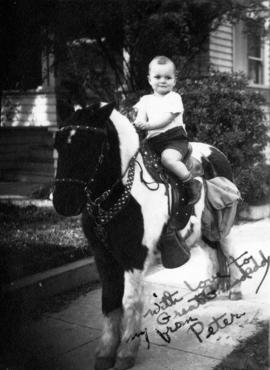 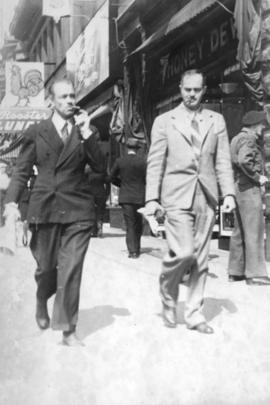 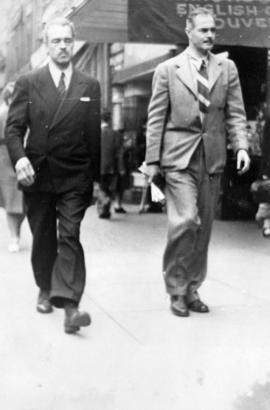 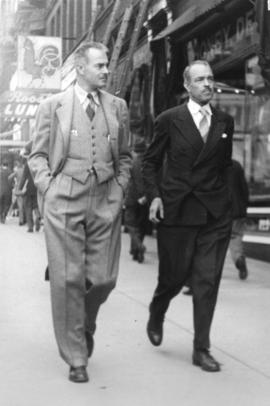 File consists of records relating to the illness and death of L.D. Taylor, Ken and Ted's resulting trip to Vancouver, and funeral arrangements. Includes correspondence, copies of newspaper articles, a will, lists, notes, four photographs, cards, receipts, a postcard and other material. Includes L.D.'s last will and testament, correspondence to him during his illness, including a wire from Vancouver Mayor John Cornett, a list of pallbearers, sympathy cards, copies of thank you letters to those involved in the funeral ceremony, and copies of newspaper articles concerning L.D.'s death and funeral. File also contains a copy of a letter and related newspaper clipping concerning the donation of a portrait of L.D. Taylor to the Vancouver City Council. Also included in the file are Ted's notes regarding Alice Berry Taylor, events in L.D.'s life, Ken and Ted's activities while in Vancouver, and Ted's work for the Conference of Studio Unions Strategy Committee. Other items in the file include an invitation from L.D. to enrol as a subscriber to his publication "The New Deal," a small booklet advertising The Scenery Shop at 856 Granville Street, a Butchart's Garden postcard, three photographs of Ken and Ted in Vancouver and a photograph of Peter Taylor.

File contains acidic papers. Last will and testament is acidic and quite brittle

Numerous sections of newspapers containing articles regarding the death of L.D. Taylor were in very poor condition. They were removed from the file and the relevant articles were photocopied.