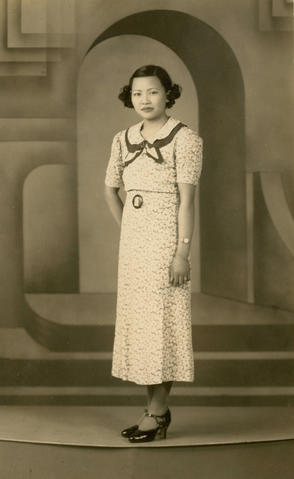 Collector/curator’s description reads: “Late 1930s, Vancouver. Full-length studio portrait of Helena (Wong) Chow, who was married to Peter Chow. She was born in Banff, Alberta in 1917. Her husband, Peter Chow, was oldest son of commercial photographer Yucho Chow. Peter took over the running of the studio when he father died in November 1949. He operated the business with his brother Philip Chow, until they both retired in 1986. Helena and Peter had eight children.”