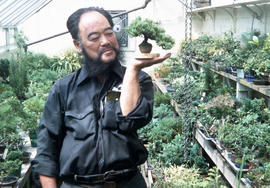 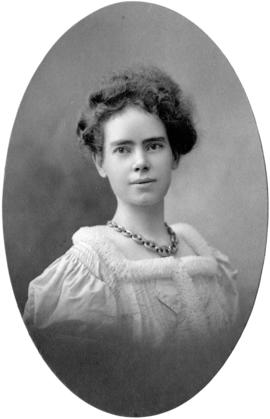 Professionally taken head and shoulders portrait of Emily Edwardes, later Mrs. Emily Matthews. Major Matthews notes that the photograph was probably taken "shortly after she nursed [him] (typhoid) from June to Sept 1902 in the Vancouver City Hospital. This photograph must have been taken in New York whilr she was matron of the Eye, Ear, Nose, and Throat Hospital in Brooklyn".