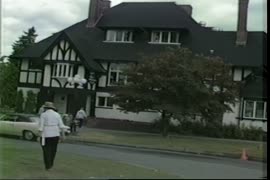 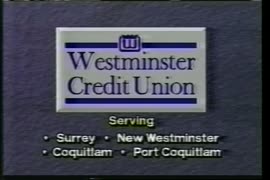 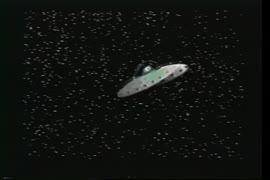 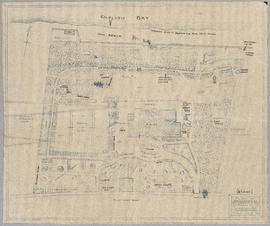 Brock House Society (BHS) is a non-profit organization located in West Point Grey, which is in Vancouver, British Columbia. The Society was incorporated under the B.C. Societies Act in 1974. The purpose of the Society is to provide a social, intellectual, recreational, and cultural centre, and through a program of activities, enable senior citizens to achieve a more satisfying life. The Society is also responsible for preserving and restoring Brock House, as a Heritage House. Brock House was officially opened by Provincial Secretary Grace McCarthy, on December 3, 1977.

The Past President, President, Treasurer, Secretary, 1st Vice President, and 2nd Vice President form the Executive Board. Honorary Presidents and Directors can also be nominated to serve a term. The Board of Directors is responsible for policies and programs. Members of the Board chair the following committees: Care and Conservation, Community Outreach, Finance, Food Services, Greeters, House, Library, Membership, Music, Program-Instructional, Program-Recreational, Property Management, Socials, Special Events and Volunteer Resources. Every year in March, an Annual General Meeting is held so members can elect the governing body of Brock House.

Members of Brock House Society are involved in fundraising campaigns. The funds come from corporations, private donors, Foundations, membership fees, interest and income from the Endowment Trust Fund, rental income from Brock House Restaurant and special events, such as New-To-You Boutiques, Christmas Bazaars and Garden Fairs. The Garden Fairs have been promoted, as either Summer Fairs or Garden Parties.

The first capital expenditure came in 1976, when members had to secure renovation funds and operating funds, as part of a lease agreement with the Vancouver Board of Parks and Recreation. One and a half million dollars had to be raised, but later on, the amount was reduced to $250,000. The second major capital expenditure came in 1986, in the form of the Space Programme, a renovation project, which cost well over $600,000. Renovations were made to the conservatory, cafeteria, activity room, workshop area, and kitchen.

The Society has sponsored the B.C. Senior Award, since 1984. Dr. James Stuart Keate, a publisher at the Vancouver Sun and member of Brock House Society had suggested creating an award for senior citizens. Soon afterwards, Brock House Society established the B.C. Senior Award. The purpose of the award is to create public awareness of the contributions senior citizens have been making in Canadian society, and to recognize their accomplishments. The Bank of Montreal has acted as co-sponsors, but sponsorship had changed after Maurice Mourton, a former employee from BMO transferred to the Hongkong Bank of Canada (HKBC). Recipients of the award receive a gold medal, from the Society, and a monetary tax-free grant of $5,000 from the participating bank. Later on the amount was increased to $10,000. The Selection Committee acts as an independent body, with full decision making powers, in selecting the award recipient. Harry LeFervre (1984), Walter C. Koerner (1985), Mary Gutteridge (1986), Margaret (Polly) Sargent (1987), Chuck Bayley (1988), Gladys Blyth (1989), Evelyn Lett (1990), Joan Greenwood (1991), Mart Kenney (1992), Chief Simon Baker (1993), Peter Wing (1994), Ruth Wolfe (1995), Mervyn Wilkinson (1996), Ann Spicer (1997), Evelyn Atkinson (1998), Prue Cunningham (1999), and John Willison Green (2000) have won the award.

Members also participate in outreach initiatives, such as the Pacific National Exhibition (PNE) Seniors Festival and Partners in Education. Partners in Education was established to strengthen public education and to encourage community interest in schools. Through the partnership of the Vancouver School Board (VSB) and organizations, students can learn about the realities of the adult world.

The records were created and set aside by Brock House Society. A few records and a photograph album were retained, which belonged to the Brock family. The records were transferred to the City of Vancouver Archives on March 4, 2008.

Fonds consists of records relating to the operation of Brock House Society. Record types include correspondence, financial records, agreements and legal documents, certificates, newspaper clippings, reports, agendas, memorandums, newsletters, meeting minutes, and case files attached to specific committees. There are procedural manuals, permits and licenses, invitations, a constitution, application forms for grants and nominees for the B.C. Senior Award, which include resumes or curricula vitae and letters of recommendation.

The fonds has been organized into the following series: Brock minutes and records of the committees, Records of Brock House Restaurant and the Vancouver Board of Parks and Recreation, B.C. Senior Award records, General Correspondence, Photographs and pieces of art work, Facilities maintenance papers, Publications and Brock House history, and Fundraising records.

Donated on March 4, 2008 by Sophie Djordjevic, on behalf of Brock House Society.

File titles were transcribed from the original file folders.
Photographs in this fonds have been assigned item numbers with the prefix "CVA 1555"

Restrictions apply to some files; please consult the archivist.
Restriction details: Some files in the fonds are restricted due to:

Researchers must complete an "Agreement for Access to Restricted Records" form to be approved by an archivist in order to view the records in this file. For floor plans, researchers have to obtain Written permission from the current owner of the property must be obtained prior to viewing the plans and making copies.
Act reference: FOIPPA sec. 22(1), 22(3)(d), 19(1)(a)
Access form required: Yes
Academic approval required: No