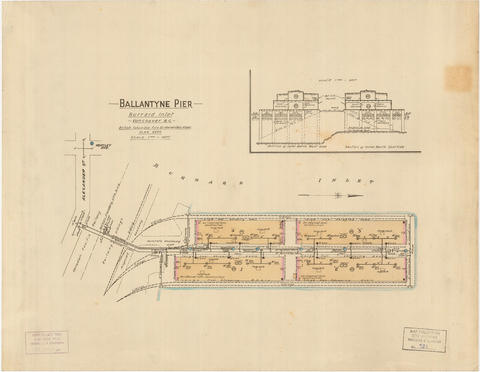 The association promoted general safety and protection over insurable entities such as building construction, automobiles, and personal property. In its early years, the association's focus was on fire protection and insurance, later expanding to include other types of property protection.

Item is a fire insurance plan of Ballantyne Pier, showing structural and fire fighting information for the purposes of determining fire rating for the site The sheet also includes an architectural section of the outer and inner berth buildings.

Use microfiche copy in Reading Room