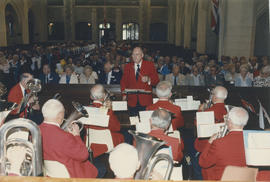 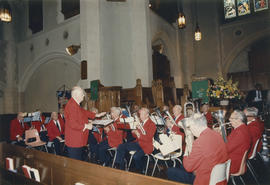 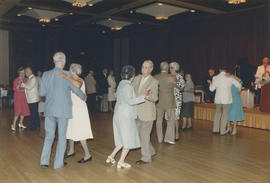 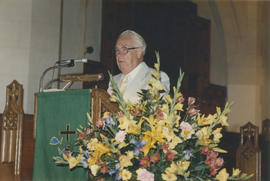 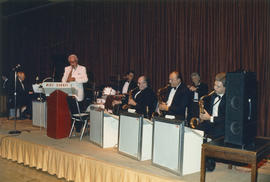 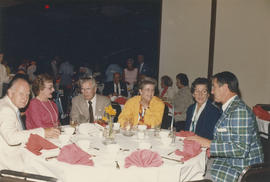 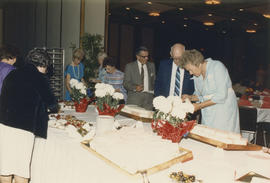 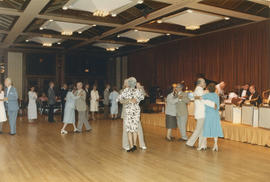 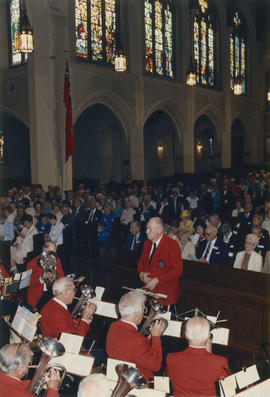 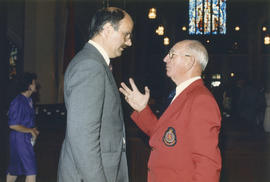 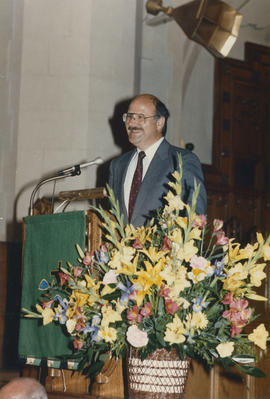 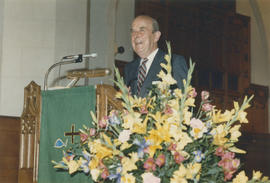 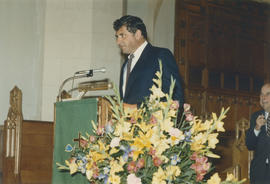 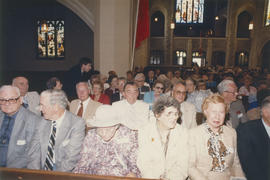 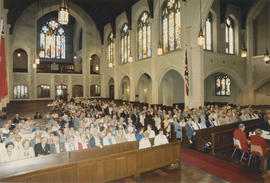 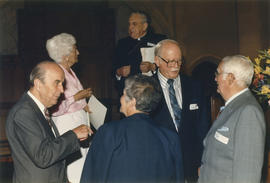 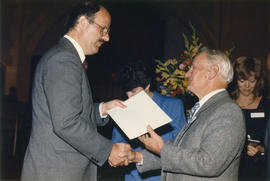 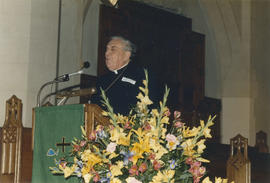 File consists of eighteen photographs of a ceremony for those Vancouverites that turned twenty-one in 1936 and had been honoured as part of the Golden Jubilee festivities. The first part of the ceremony took place at St. Andrew's Wesley Church followed by a tea and Dance at Hotel Vancouver. Individuals identified are Mayor Michael Harcourt, Dal Richards and Mart Kenney.